What is Raja Yoga?

In the past month I have had 6 new students arrive indicating their experience in yoga was with Raja Yoga and they prefer “that style”. Great! Since one class 4 of them arrived together as friends often do, I offered a 40 minute Meditation at the end, knowing the regulars would love it (and they did) and the new students would enjoy it as well.

However, after class they were clear with me that they enjoyed the space, the first part of the class  but wouldn’t be returning.  I simply smiled and thanked them for sharing space with me this day. Piped up was one of the regular students who asked “But why?”.  One girl said “it wasn’t cardio enough” and another  gal elaborated a little bit deeper. She explained the Raja yoga she practices at a particular studio (which I didn’t catch the name – perhaps I didn’t want to know) is much different filled with vinyasa flows and very little stillness. This, is Hatha Yoga. Any (except Kundalini) yoga that involves movement with the body is all Hatha Yoga (yes…vinyasa style, Ashtanga, Sivananda, Iyengar and so forth).

More accelerated yogic paths are: Bhakti Yoga, Karma Yoga (this doesn’t mean ‘free yoga’), Jnana Yoga and Raja Yoga. As I initially mentioned, not one of these involve chatturunga, trikonansana or savasana.  The above 4 paths of yoga are thousands of years old (we feel about 4500) and Hatha as we know it is about 115 years old. (Now, I won’t get into history and how did everything go backwards on us, but do feel free to attend our philosophy/history sessions this winter! ). I have to admit, my teacher trainees are the most spoiled with wisdom and practice. And it’s with  this, they will reach yoga. Oh yes, yoga isn’t a thing we do, it’s samadhi. Yoga is samadhi. The PRACTICE of YOGA to get their is generally one of the 4 paths above. But we could wake up one day and just be there  – or would that be Jnana yoga? Yes, the yoga of wisdom can just appear – truth.

What is happening in the yogic community? I don’t normally write such posts as you all know, but this does concern me. In many ways – or perhaps all ways – Raja yoga is opposite of what these girls were describing.

Feel free to post your comments, I would enjoy the dialogue  on this! 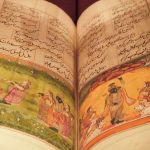