Nothing will benefit human health and increase chances for survival of life on Earth as much as the evolution to a vegetarian diet.
ALBERT EINSTEIN, quoted in Sinfully Vegan

A man can live and be healthy without killing animals for food; therefore, if he eats meat, he participates in taking animal life merely for the sake of his appetite. And to act so is immoral.
LEO TOLSTOY, On Civil Disobedience

I have no doubt that it is a part of the destiny of the human race, in its gradual improvement, to leave off eating animals, as surely as the savage tribes have left off eating each other when they came in contact with the more civilized.
HENRY DAVID THOREAU, Walden

In the last fifteen years, I have seen vegetarianism go from fringe to fashion to fact of life because it’s a healthy and worthy way to live. The hippie connotation, which kept many people away, is a thing of the past. Today the American vegetarian is not just the health nut, it’s the stay-at-home mom, the computer engineer, the veterinarian, the nurse, the store clerk, the neighbor across the street, and the teenager next door. They are familiar, individuals, and students. They live in urban areas and in suburbia, and together they represent 16 million people. You can see how health-conscious our culture has become just by taking a trip to the local grocery store where the words “natural,” “organic,” and “meatless” jump out at you in every aisle.
KATHY FARRELL-KINGSLEY, The Big Book of Vegetarian

You have just dined, and however scrupulously the slaughterhouse is concealed in the graceful distance of miles, there is complicity.
RALPH WALDO EMERSON, “Fate,” Essays and Lectures

If we’re not supposed to eat animals … how come they’re made out of meat?
ANONYMOUS

Then God said, “I give you every seed-bearing plant on the face of the whole earth and every tree that has fruit with seed in it. They will be yours for food. And to all the beasts of the earth and all the birds of the air and all the creatures that move on the ground–everything that has the breath of life in it–I give every green plant for food.”
BIBLE, Genesis 1:29-30

I do feel that spiritual progress does demand, at some stage, that we should cease to kill our fellow creatures for the satisfaction of our bodily wants.
MAHATMA GANDHI, quoted in Food As Medicine

It is useless for the sheep to pass resolutions in favour of vegetarianism, while the wolf remains of a different opinion.
WILLIAM RALPH INGE, “Patriotism,” Outspoken Essays

When a man of normal habits is ill, everyone hastens to assure him that he is going to recover. When a vegetarian is ill (which fortunately very seldom happens), everyone assures him that he is going to die, and that they told him so, and that it serves him right. They implore him to take at least a little gravy, so as to give  himself a chance of lasting out the night.
GEORGE BERNARD SHAW, Saturday Review, May 21, 1898

A mind of the calibre of mine cannot derive its nutriment from cows.
GEORGE BERNARD SHAW, The Star, Apr. 5, 1890

Vegetarianism preserves live, health, peace, the ecology, creates a more equitable distribution of resources, helps to feed the hungry, encourages nonviolence for the animal and human members of the planet, and is a powerful aid for the spiritual transformation of the body, emotions, mind, and spirit.
GABRIEL COUSENS, Conscious Eating

How can one, who eats the flesh of others to swell his flesh, show compassion?
TIRUVALLUVAR, Tirukkural

Vegetarians, dropping meat, tend to fill up with too much starch. This leaves them no more healthy than meat-eaters, with constipation, indigestion, colds, catarrhs, coughs and chest complaints to plague them. Eating sparingly of breads, cakes, crackers, cookies, macaroni, spaghetti, anything largely starch, is a far step on the road to good health.
HELEN NEARING, Simple Food for the Good Life

Vegetables are interesting but lack a sense of purpose when unaccompanied by a good cut of meat.
FRAN LEBOWITZ, quoted in Food and Drink: A Book of Quotations

I am not a complete vegetarian. I eat only animals that have died in their sleep.
GEORGE CARLIN, quoted in Sunbeams: A Book of Quotations

I, for my part, wonder what sort of feeling, mind or reason that man was possessed who was first to pollute his mouth with gore, and allow his lips to touch the flesh of a murdered being; who spread his table with the mangled form of dead bodies, and claimed as daily food and dainty dishes what but know were beings endowed with with movement, with perception and with voice.
PLUTARCH, Moralia

I advance no exaggerated or fanciful claim for Vegetarianism. It is not, as some have asserted, a “panacea” for human ills; it is something much more rational — an essential part of the modern humanitarian movement, which can make no true progress without it. Vegetarianism is the diet of the future, as flesh-food is the diet of the past.
HENRY S. SALT, “The Humanities of Diet,” Ethical Vegetarianism

Most vegetarians I ever see looked enough like their food to be classed as cannibals.
FINLEY PETER DUNNE, “Casual Observations,” Dooley’s Philosophy

Vegetarianism — You are what you eat, and who wants to be a lettuce?
PETER BURNS, quoted in The Book of Poisonous Quotes

With lentils, tomatoes and rice, olives and nuts and bread, Why does a man care to gnaw a slice of something bleeding and dead?
HENRY BAILEY STEVENS, Rhymes for Meat-Eaters

Vegetarianism is harmless enough, though it is apt to fill a man with wind and self-righteousness.
SIR ROBERT HUTCHINSON, quoted in Wordsworth Book of Humorous Quotations

It is beyond doubt that the chief motive of Vegetarianism is the humane one. Questions of hygiene and of economy both play their part, and an important part, in a full discussion of food reform; but the feeling which underlies and animates the whole movement is the instinctive horror of butchery, especially the butchery of the more highly organized animals, so human, so near akin to man.
HENRY S. SALT, “The Humanities of Diet,” Ethical Vegetarianism

If slaughterhouses had glass walls, everyone would be a vegetarian.
PAUL MCCARTNEY, quoted in The Vegetarian Manifesto 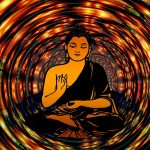 The Branches Of Yoga 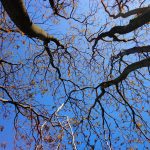