Excerpted from Rolf Sovik  of the Himalayan Institute – One of my most sacred places with a wealth of Wisdom and have spent several years here. Enjoy!

Life’s complex journey has the potential to bind as well as to liberate. In order to navigate this dual nature of experience, the ancient school of Indian philosophy called Samkhya (“that which sums up”) divides reality into two categories: the knower (purusha) and the known (prakriti).

Purusha, the Self, is never an object of experience; purusha is the subject—the one who is aware, the one who knows. Prakriti, on the other hand, encompasses everything that comes before us in the objective universe—whether psychological or material. Prakriti is all that can be known.

Unmanifest prakriti is a reservoir of limitless potential consisting of three fundamental forces called the gunas—sattva, rajas, and tamas—in balance with each other. Through the interplay of these forces, prakriti manifests as the universe. Therefore, all that can be known in this world, tangible and intangible, is a manifestation of the gunas in their various forms.

Cultivating awareness of how these forces operate can be a valuable tool on the spiritual path. By apprehending the “feel” of each guna and using that knowledge as a guide, you can move toward recognition of the knower—the purusha—in you.

The Gunas Close Up

The word guna literally means “strand” or “fiber” and implies that, like strands of a rope, the gunas are woven together to form the objective universe. Philosophically, the theory of the gunas explains what this universe is made of and how it came to manifest itself as mind and matter. But more important for yoga practitioners, awareness of the gunas tells us whether we are genuinely moving forward in life (sattva), running in place (rajas), or losing our way (tamas).

For yoga practitioners, awareness of the gunas tells us whether we are genuinely moving forward in life (sattva), running in place (rajas), or losing our way (tamas).

Each guna has its own characteristics. The essence of sattva is to act like a transparent pane of glass, allowing light—the light of conscious awareness—to reveal itself in the operations of the mind and in nature. Sattva is not enlightenment itself but it unveils what is true and real (sat). It shows itself as beauty, balance, and inspiration, and it promotes life, energy, health, and contentment. Cultivating sattva—by making choices in life that elevate awareness and foster unselfish joy—is a principal goal of yoga.

Rajas is the energy of change. It is distinguished by passion, desire, effort, and pain. Its activity may cause movement either toward sattva (increased spiritual understanding) or tamas (increased ignorance). Thus it may act positively or negatively. But it is most often characterized as unsteady, agitated, and unhappy—prompting change for change’s sake alone. If freshly picked tomatoes are sattvic, spicy tomato sauce is rajasic—good for a Friday night pizza, but perhaps not an everyday meal choice. Rajas brings happiness by prompting the coupling of the senses with their objects. Thus rajas also binds us to attachment, to the fruits of action, and to sensory pleasures of every kind.

Tamas conceals the presence of consciousness. It causes dullness and ignorance through its power to obscure. Its nature is heavy and dense. One Sanskrit synonym for tamas is sthiti, or “steady.” In its more sattvic garb, tamas can supply a steadying influence in life—for example, bed rest can lead to healing. But tamas is primarily immobilizing: tamasic foods are lifeless, stale, or impure; tamasic entertainment is mindless and intoxicating. Tamas leads to inaction when action is required. Each of us has experienced the binding power of tamas—the appeal of lethargy, procrastination, and sleep.

The three gunas are constantly interacting with one another. We can discern hints of this interplay in English phrases such as “innocent pleasure” (sattva-infused rajas) or “rabid addiction” (rajas-propelled tamas). But while the gunas themselves are permanent in essence— having emerged from primordial nature (prakriti)—their interactions are transitory and afford only a false impression of permanence. In this way, the play of the gunas obscures the real (sat), and attracts and binds us to what is ultimately unreal (asat).

The Gunas at Work

We can begin to explore the gunas’ tangible presence on the yoga mat. Imagine you are in a class performing janu shirshasana, head-to-knee pose, without a great degree of mindfulness. As you fold halfheartedly toward your extended leg, your back rounds, your shoulders hunch, and your foot collapses to the side. Your head falls forward and your mind sinks into a sleepy reverie. Except for a dull sense of discomfort in the pose, you might as well be taking a nap. This is tamas—a sense of lethargy and inattentiveness.

Compare this to another occasion when, determined not to be outdone by the person next to you, you find yourself making tenacious efforts in your pose. You struggle, painfully, to lengthen the back of your leg, but consequently round your shoulders as you strain to touch your toes. Meanwhile, preoccupied with the painful end of a romantic relationship, you fantasize about meeting the person three mats down. This is rajas—a generous serving of agitation, exertion, competitiveness, pain, and enticement.

Yet, on still another day, your pose unfolds differently. The class is smaller and you are in a calm mood. Following your teacher’s cues, your attention shifts inwardly from one element of the pose to another, and you find yourself working a challenging but safe edge. Longer, more stable holds in the posture yield a subtle awareness of breathing. And while much of what you are doing in the pose is invisible to those around you, your mind is pleased and relaxed by your inner efforts. This is sattva—clarity, mindfulness, and a spontaneous sense of contentment.

Identifying the sattvic, rajasic, and tamasic aspects of a yoga pose—and then cultivating rajas and tamas in service of sattva—is a surefire method for advancing your practice.

Identifying the sattvic, rajasic, and tamasic aspects of a yoga pose—and then cultivating rajas and tamas in service of sattva—is a surefire method for advancing your practice. But there is more to these three qualities than simply improving your seated forward bends. Insert these same principles of self-observation into daily affairs, and you will have the power to transform every aspect of your life.

The process of working with the gunas unfolds systematically in four stages:

1. The interplay of the gunas occurs almost entirely outside of your conscious awareness.

2. You begin to notice the gunas in the world around you (the rajasic display at the checkout counter, the sattvic sounds of a Mozart sonata), and learn to recognize the feel of their distinctive qualities.

3. You witness your own sattvic, rajasic, and tamasic tendencies.

4. Finally, you begin to sculpt your involvement with the gunas—cultivating sattva, softening rajasic urges, and engaging tamas in the service of stability and rest.

The Gunas in Life

Descriptions of the gunas form an important part of one of the most revered texts of the yoga tradition, the Bhagavad Gita. In chapters 14, 17, and 18, Krishna portrays the gunas in marvelous detail. He begins (in verse 14.5) by describing the power of the gunas to “bind the immutable embodied One.” He goes on to provide an account of the nature of each guna. Later (in verse 18.40), Krishna dramatically summarizes the scope of the gunas’ activities:

There is nothing on the earth, in heaven, or even among the gods, that is free from these prakriti-born gunas.

But if the gunas are so pervasive, how are we to work with them? Krishna’s advice is to sharpen our powers of self-observation and discernment. His recurring message is that with practice and the right resolve, we can learn to witness the activities of the gunas and employ them with a sense of balance and purpose.

To make this process more visible, Krishna contrasts the look and feel of the three gunas in a variety of contexts. For example, he notes that:

Be oversalted, highly spiced, and
cause illness and depression (rajas)

Be stale, unwanted by others, and not
fit as an offering (tamas)

Given at the right time, with nothing
expected in return (sattva)

Given reluctantly, or with the aim of
gaining a returned favor (rajas)

Given at an inappropriate time or
place, with disrespect or contempt (tamas)

The steadfastness with which you approach your spiritual path may (18.33–35):

Help you bring your mind, breath,
and senses into harmony (sattva)

Depend on your acquiring something
you want (rajas)

Preoccupy you with fears, grief, and
excessive sleep (tamas)

Arise from inner discrimination and
increase over time (sattva)

Be overly sensual; sweet in the beginning,
poisonous in the end (rajas)

As you read this list, or turn to the more extensive teachings in the Gita, don’t let the stringent characterizations mislead you. They are not meant to promote self-criticism or condemnation. The gunas act as signposts—guides that indicate where you are and where you are inspired to be.

Samkhya philosophers say that life exists for the purpose of acquiring experience and knowing the Self. The gunas are meant to facilitate this spiritual endeavor. They reveal, conceal, and stir us up—all for the purpose of drawing us closer to purusha, the knower.

Samkhya philosophers say that life exists for the purpose of acquiring experience and knowing the Self. The gunas are meant to facilitate this spiritual endeavor. They reveal, conceal, and stir us up—all for the purpose of drawing us closer to purusha, the knower. Krishna, the voice of the knower, sums up this relationship (in verses 14.19–20) with a lofty description of life’s goal—one in which ego identification with the activities of the gunas is transcended altogether. Though challenging, this millennia-old teaching continues to inspire seekers today:

When the seer observes
no agents of action (no “doer”)
other than the gunas,
and knows the transcendent
beyond the gunas,
such a one attains My being.

The body-bearer, transcending
these three gunas
which create the body,
freed from the sorrows of birth,
old age, and death,
enjoys immortality. 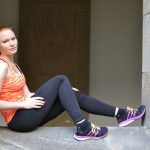 Issues in Your Tissues 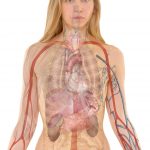